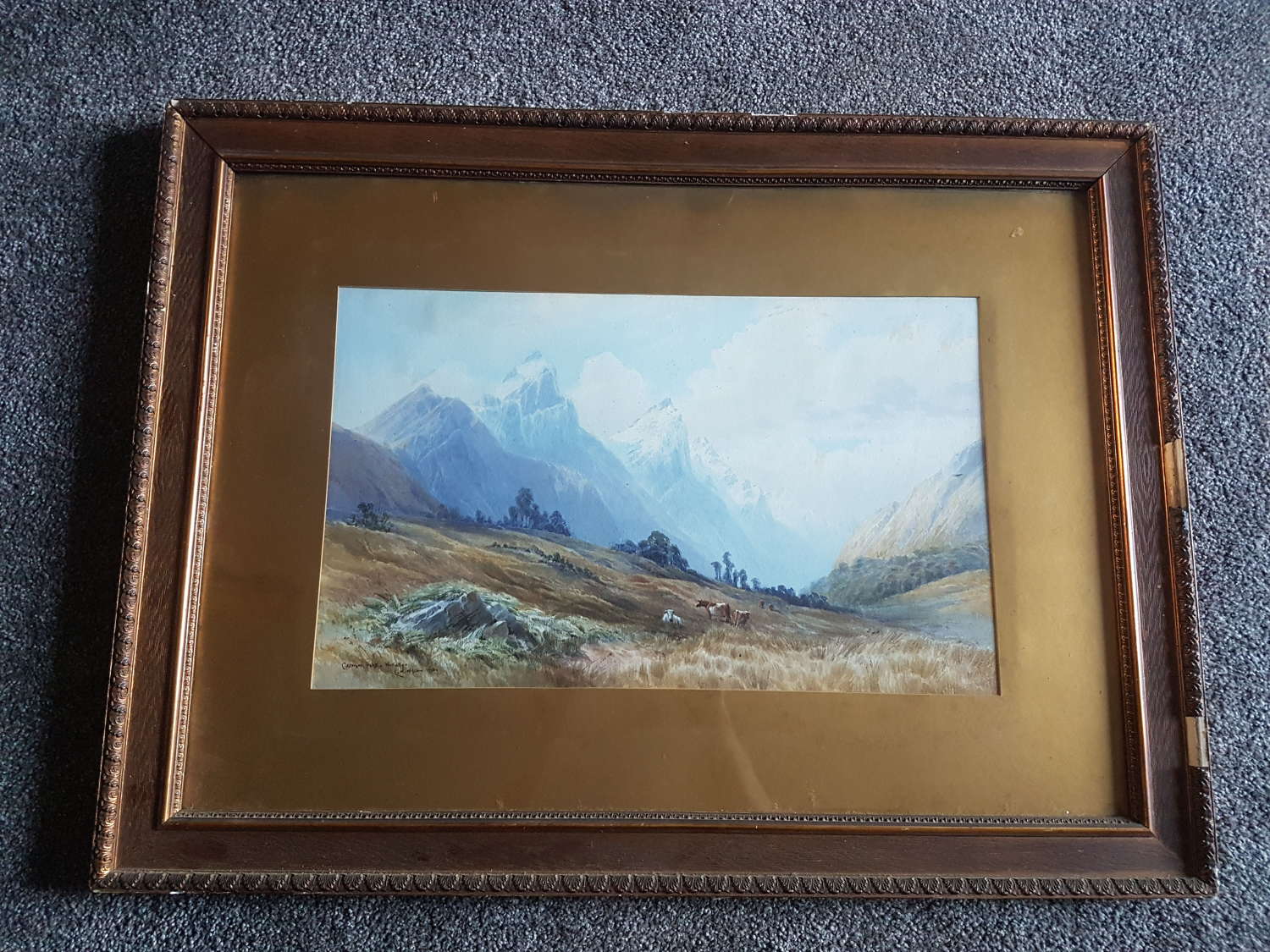 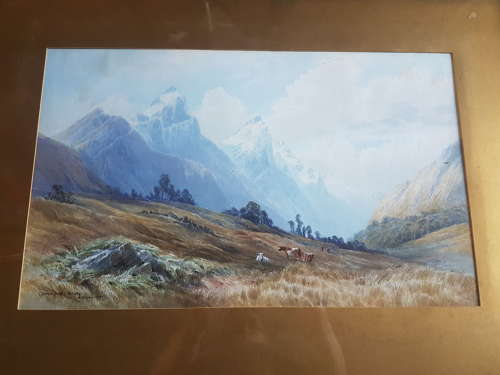 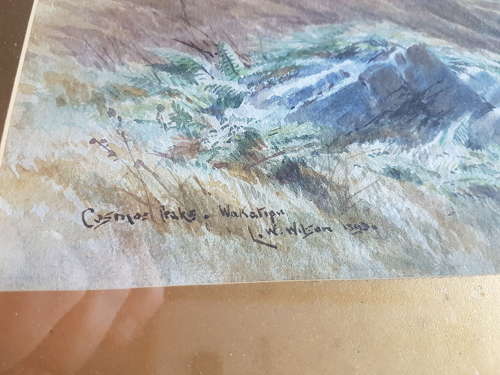 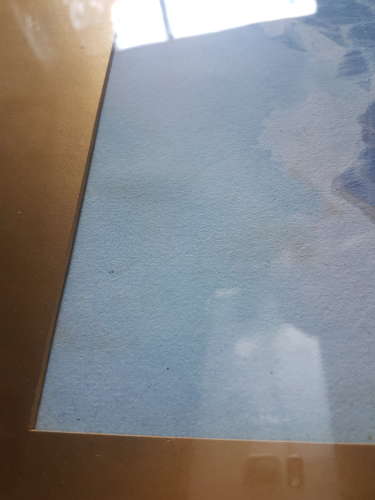 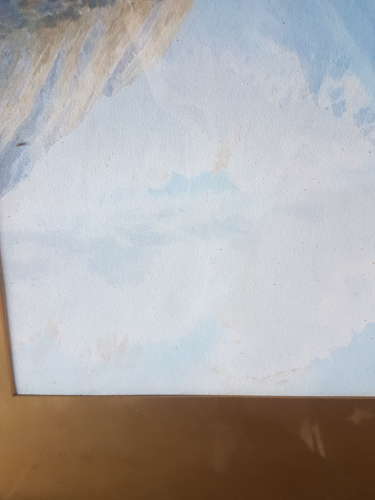 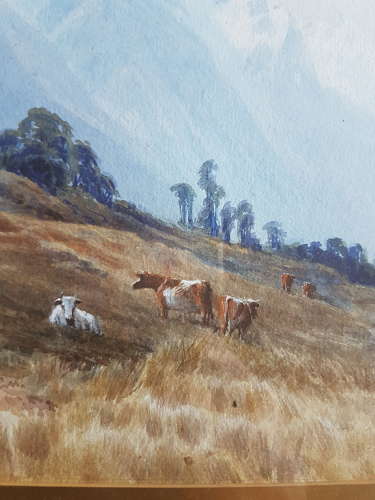 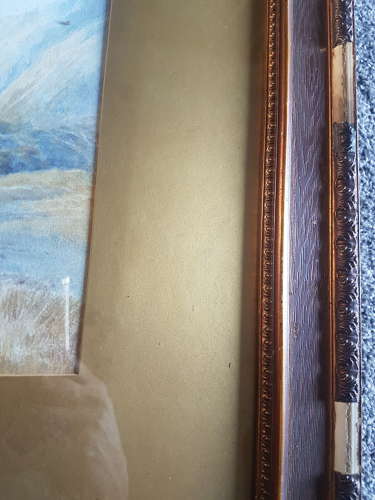 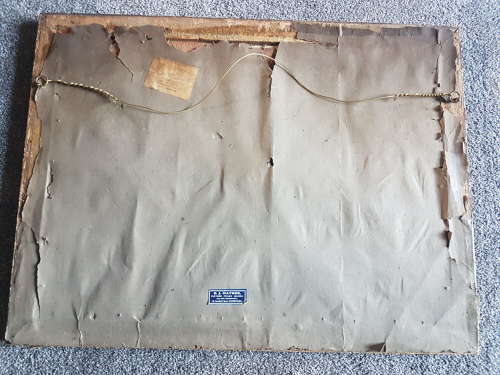 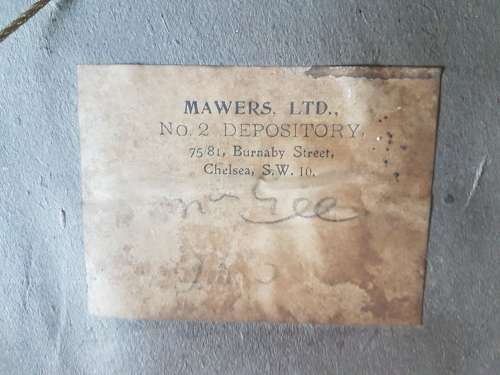 Large watercolour on paper of Cosmos Peaks in Wakatipu by 19thC New Zealand artist Laurence William Wilson, there is some discolouration to the painting that comes with age and having never been restored or messed with. The frame is in unrestored condition with chips and to areas of loss. Although this is the original frame it would benefit from a more contemporary modern frame.

Following write up is by Ferner Galleries:

L.W. Wilson emigrated to Auckland in 1877 and then travelled extensively to settle in Dunedin in 1884. He painted in both oils and watercolours, became a painting companion of George O'Brien and a teacher. One of his pupils was the Dunedin artist Alfred O'Keefe.

It was LW Wilson together with Grace Joel, Alfred O'Keefe, Jane Wimperis and Girolami Nerli who formed the Easel Club in 1895, a breakaway from the Dunedin Establishment, which offered a programme of special classes and the introduction of a professional lady model for life drawing.

In 1904 LW Wilson left Dunedin for Melbourne where he spent 5 months on a commissioned painting of the city before he set out for England, eventually returning to New Zealand via India and Africa.

He exhibited with the Canterbury Society of Arts in 1882 and the Otago Art Society between 1994 and 1904. His work was included in the NZ and South Seas Exhibition Dunedin 1889-90 and at the St Louis Exposition in 1904. LW Wilson is represented in the collections of all the major public galleries in New Zealand.