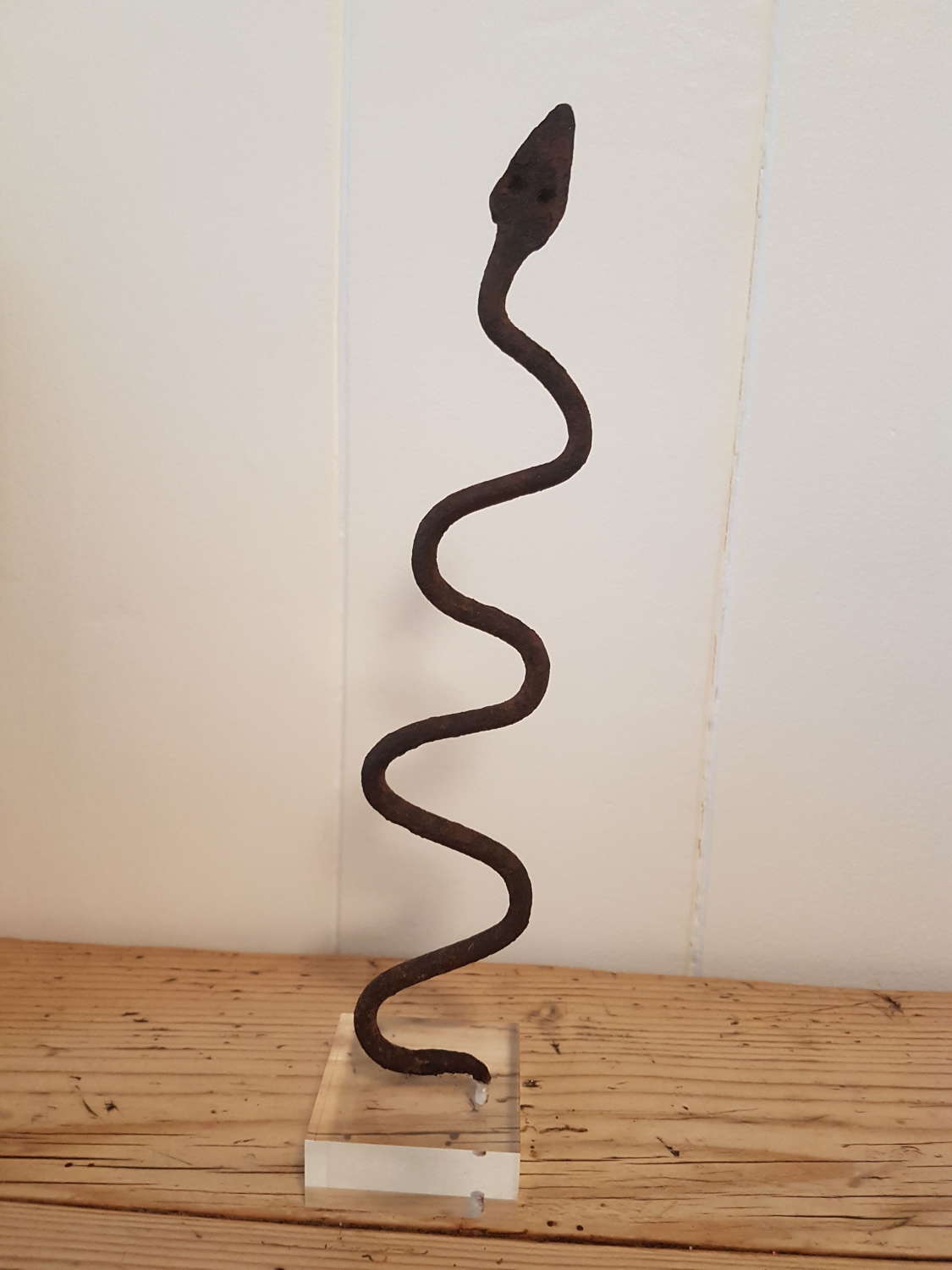 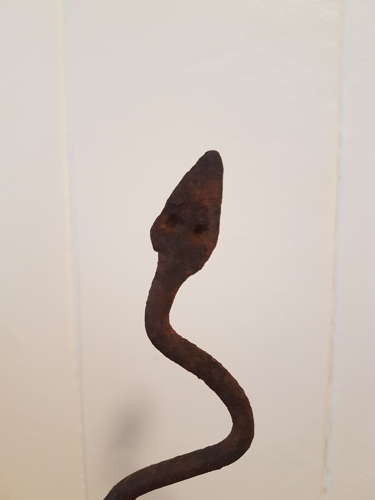 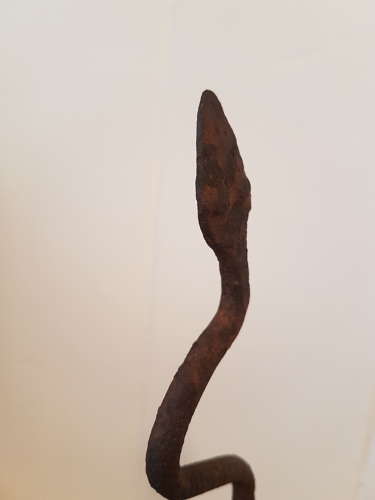 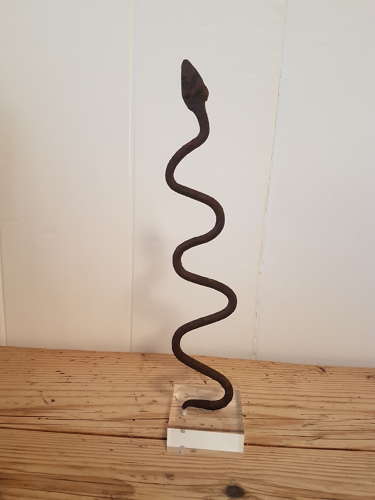 An exagerated curved Lobi iron snake currency with raised mounds for eyes from Burkina Faso, iron items both in this region and others in West Africa were traded as money. This item is ex.Seward Kennady collection that was sold off through Christies London as a Cabinet of Curiosities and the excess from that being sold through JS Auctions in Banbury following his death in 2016.

Many of the Burkina Faso tribes have historically seen snakes as sacred, killing or eating them was forbidden while the shedding of their skin was a symbol of rebirth. The animals were more than a symbol, to some they were mediators between this world and the next. In particular, the Lobi and Gan people of West Africa incorporated the snake motif into much of their metal artworks, which served as decoration, protective amulets, shrine ornaments and metal currencies.