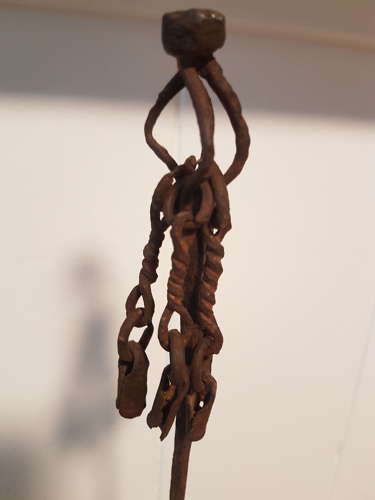 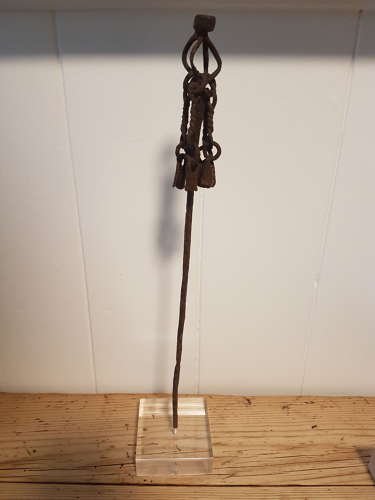 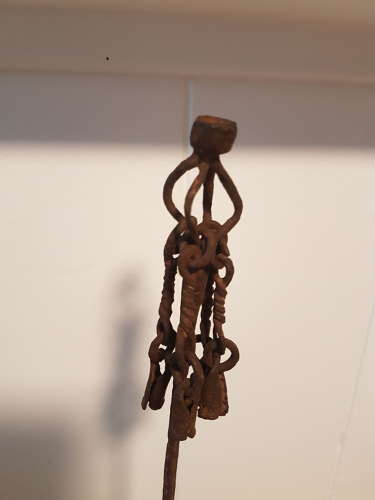 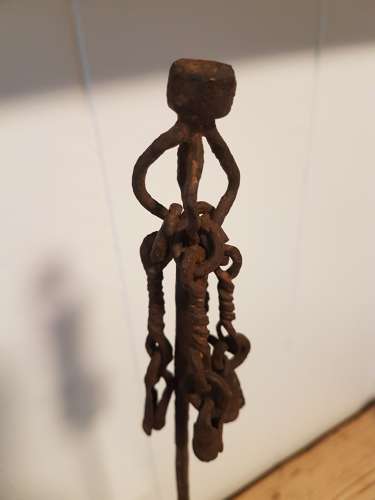 A tall late 19th to early 20th century iron gong staff from Yoruba / Benin region of West Africa. Although unsure if used by tribal priests and diviners to invoke the aid of Osanyin like Osanyin staffs that have stylised birds at the top it could well have been used for rituals. Given that this one has a crown incorporated at the top it could be surmised that this one was form the use of the Isekhure, Benin's Cheif Priest.