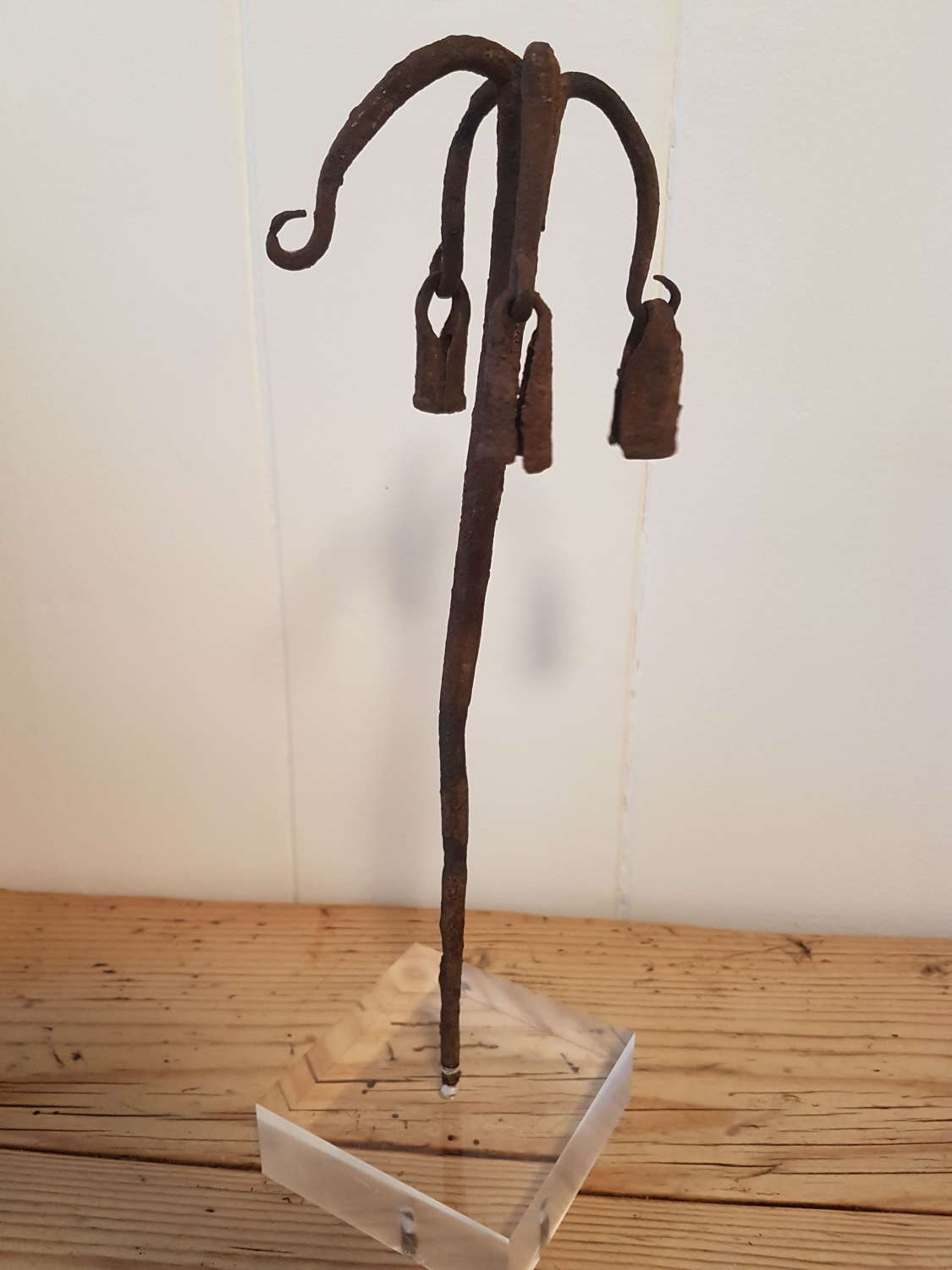 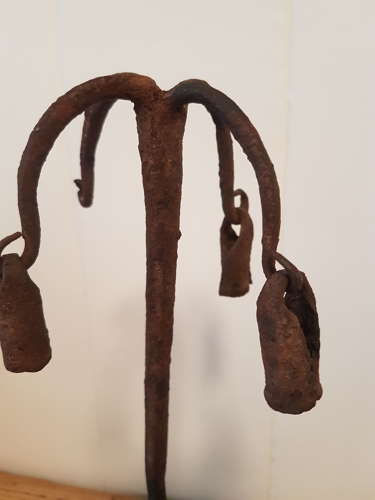 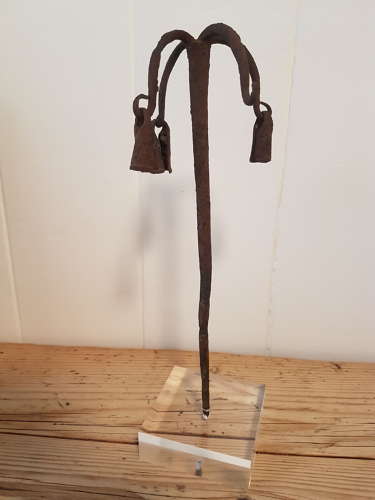 An early 20th century iron gong staff from Yoruba / Benin region of West Africa. Although unsure if used by Yoruba priests and diviners to invoke the aid of Osanyin like Osanyin staffs that have stylised birds at the top it could well have been used for rituals. Stands on a square lucite base, this one is missing one of the four gongs.