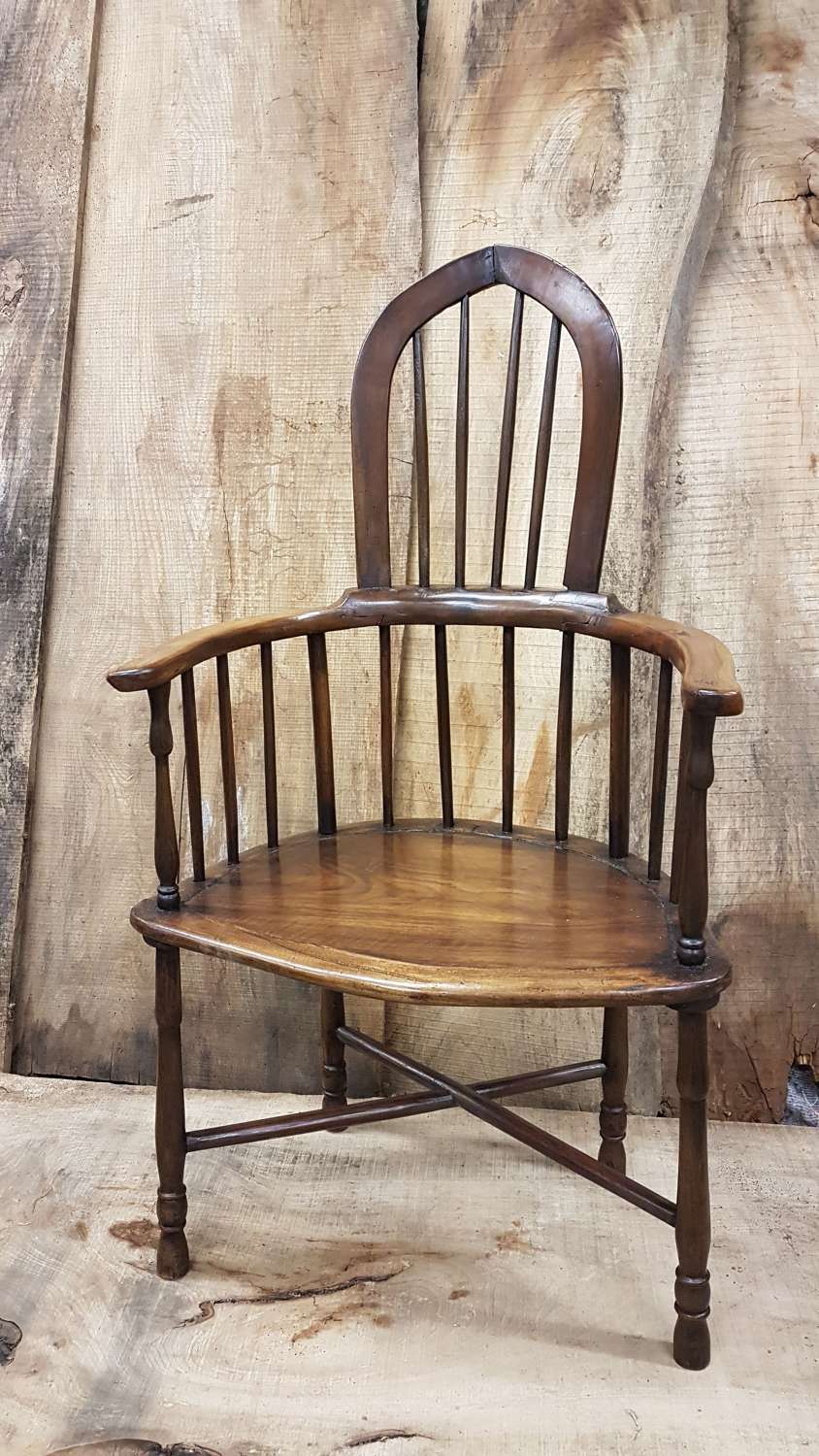 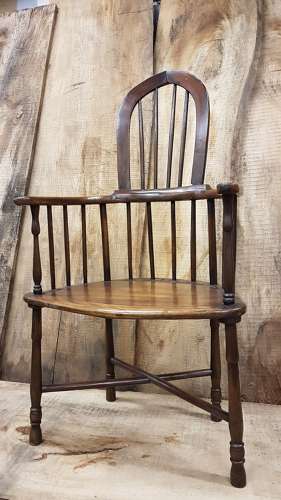 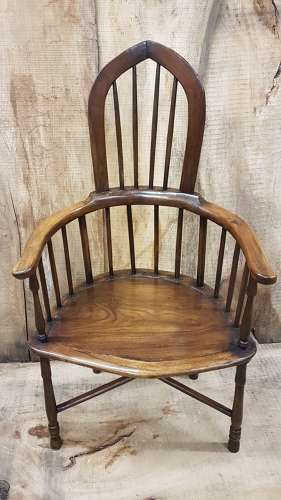 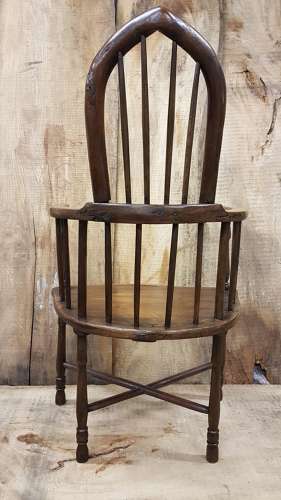 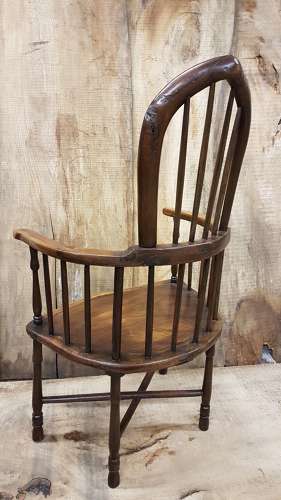 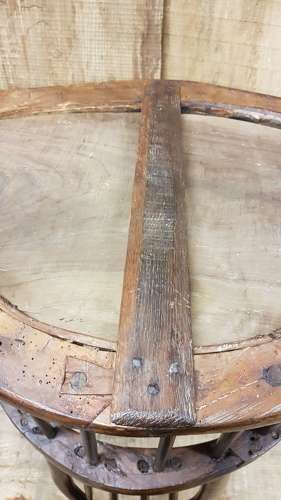 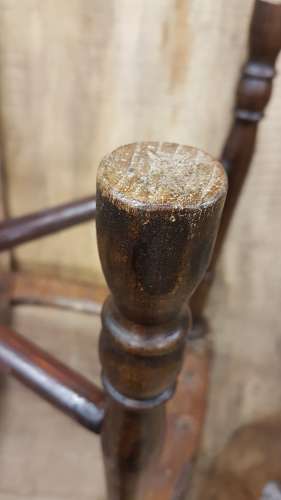 Early 19thC possibly late 18thC primitive fruitwood and ash stickback chair. The arms are made from naturalyl formed branches as are the seat rails & upper arch the underside of one of the arms has some of the bark remaining. The sticks are predominantly ash. The seat base is a later replacement as it would apoear to have originally been some form of drop in seat.
There are many old running repairs to this chair including the legs at somepoint being off and then reattached. All of these show that the chair has held significance to it's owners over the centuries.
The chair measures 58cm wide by 46cm deep and 111cm high with the seat being 42cm high.